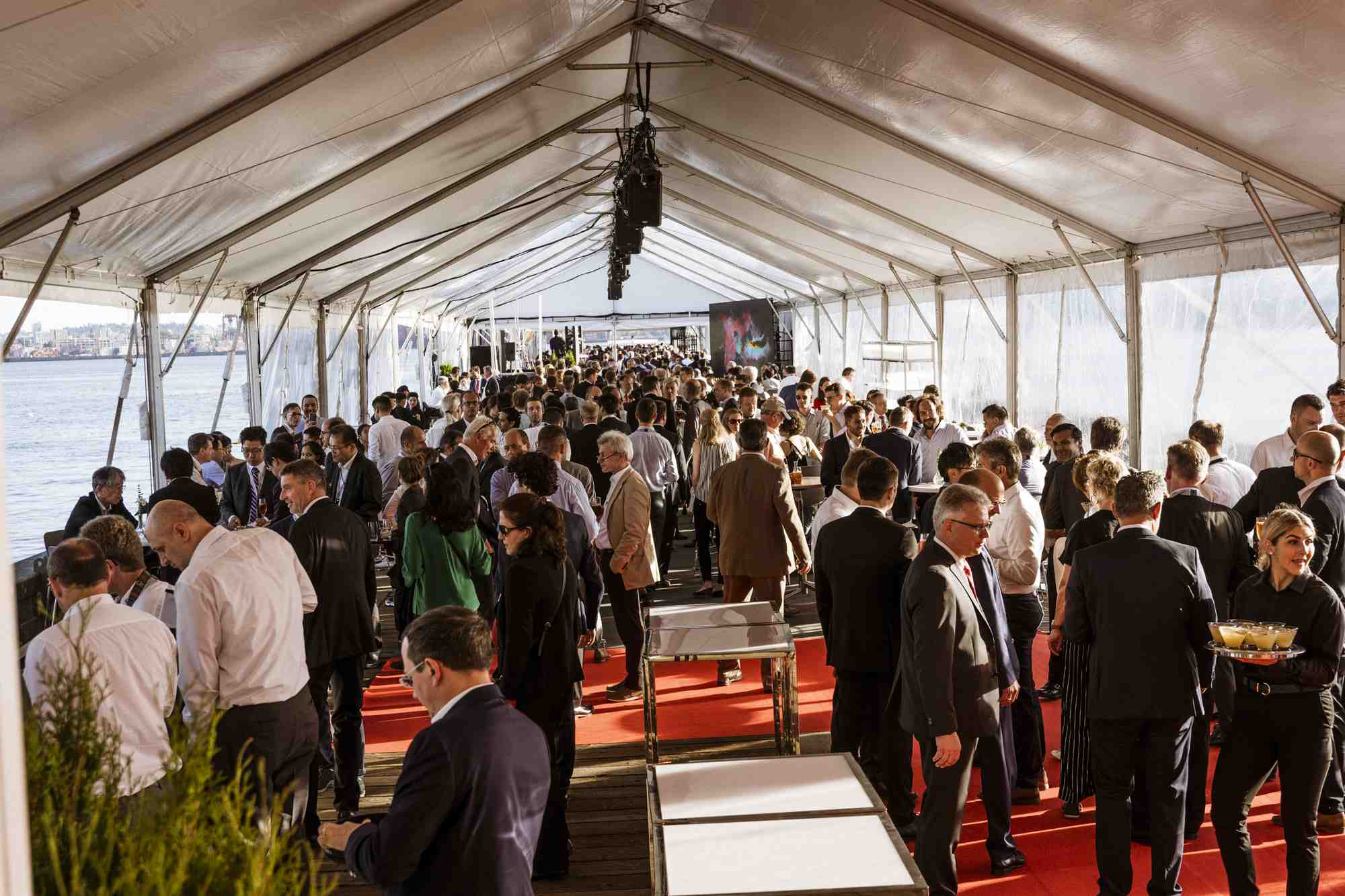 A "once in a lifetime event" every three years: That is the below-the-line communication concept of ABB Turbocharging, and a challenge that we’ve been tasked with five times already – in Vienna, Bergen, Shanghai, Helsinki and Vancouver. Roughly 1,000 guests puzzle over the surprise evening, and only a handful of insiders are involved in the meticulous preparations of these gala evenings two and half years beforehand.

700 attendees of the CIMAC congress were picked up with ferries at the convention centre and brought to the Burrard Dry Dock Pier on the North Shore of Vancouver. An artistic dance performance in cooperation with Ars Electronica Solutions exploring a “digital twin“, a giant interactive puppet and a stunning water show involving rotating tugboats  were among the highlights of the evening. At dawn, fly boarders in LED suits took off from the water and surprised the guests with a jaw-dropping show. At the end of the evening, the guests enjoyed the sunset over the breath-taking skyline of Vancouver. The guests shared two common interests: Turbochargers and ships. Finland operates the largest icebreaker fleet in the world. Everyone who visits Helsinki sees the unmistakable silhouette of such a gigantic ship at least once during their stay. For the first time in the history of this fleet, we were able to charter one of these ships for a surprise  performance during the ABB Evening. We set up a large port for guests from 86 nations complete with a glass tent, ice sculptures, shows and wide terraces. LED walls showed stories from the Arctic and Antarctica, which smoothly and subtly transitioned to live images. With a blood-curling signal, the Otso (Finish icebreaker) docked directly at the tent and became part of the  gala, featuring a champagne bar at the helicopter deck, tours through the ship and music until midnight. At the end of the night, the guests could see the distant sparkles of the ship lights and went home with unforgettable memories of the ABB Evening.

The event took place in a historic building, the Old Millfun (constructed in1933). There were multiple performances with traditional Chinese artists. The venue was decorated with oversized objects made of paper, crafted especially for the event in collaboration with local craftspeople using traditional lantern construction methods.

In Bergen, too, the location remained unknown to the guests until the evening of the event.  Several ships took the guests to the location, a large factory hall. In addition to varied musical entertainment, the projection show by Casa Magica revolved around ”rotation”—in keeping with ABB’s turbochargers.

The first ABB Evening produced by büro wien took place in 2007 in Vienna. Several original stages from Viennese theatre and opera productions were set up at the ART for ART Arsenal and brought to life with a diverse entertainment programme. 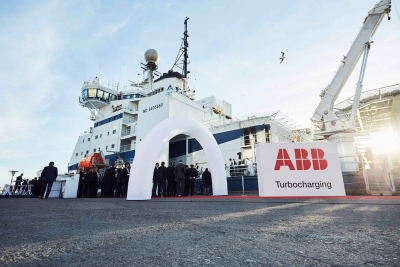 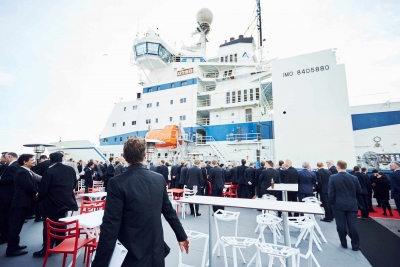 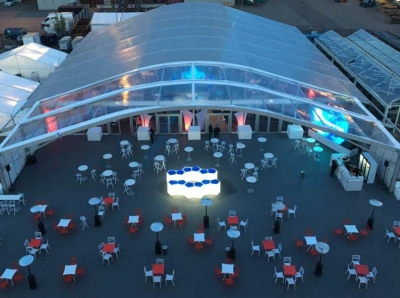 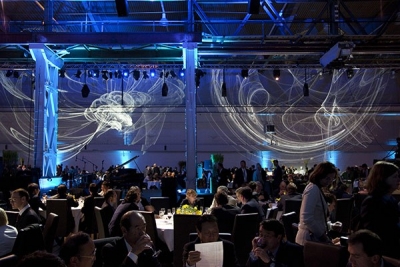 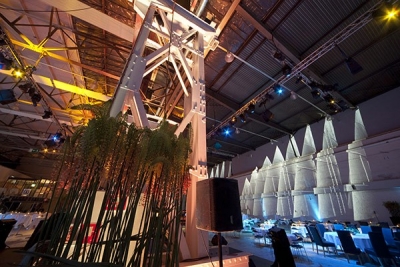 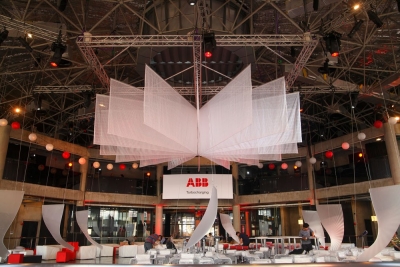 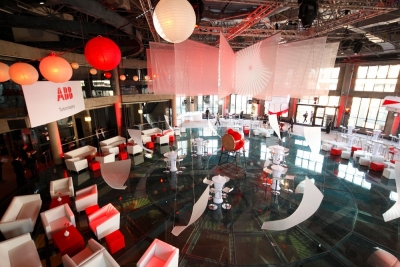 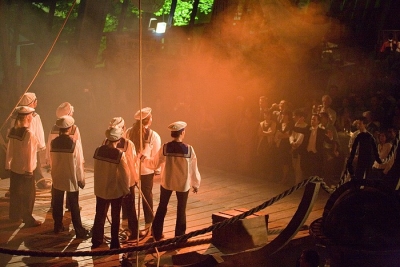 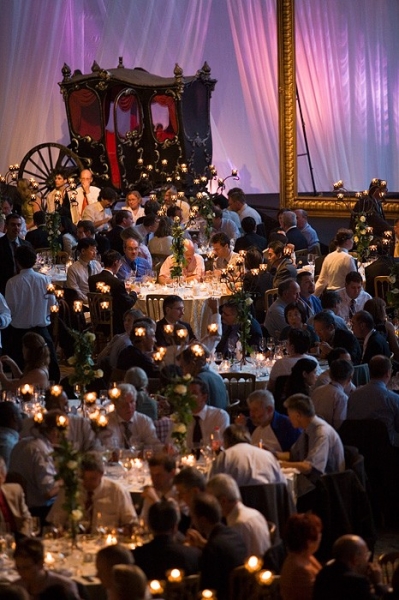 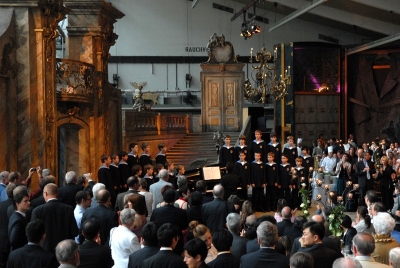 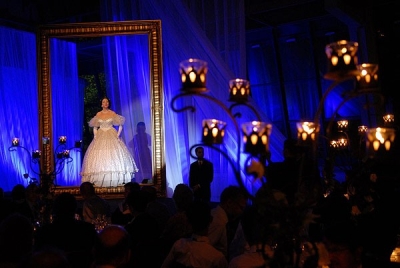